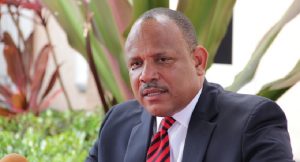 On March 27, the Bahamian government closed its borders to all individuals to slow the spread of the COVID-19. However, last week, six American citizens were allowed to disembark a plane along with a donation of COVID-19 test kits and swabs.

The revelation sparked much backlash from Bahamians that are stuck overseas and waiting to come home.  Sands initially told reporters that only two people disembarked the plane, advising during a press conference that he was not sure whether there were more.

During a national address on Sunday, Prime Minister of Bahamas Dr Hurbert Minnis revealed there were six people allowed to disembark and characterized the entry as a breach of protocol. The group tested negative for COVID-19 and remain under mandatory 14-day quarantine.

“I accept responsibility for this breach of protocol,” he said.  “I acknowledge that I acted outside of the scope of my authority in this matter.

“My actions were guided by my great desire to obtain the much-needed testing swabs which are in short supply both here and internationally and which are key to our efforts to trace the spread of the coronavirus so as to better focus our responses.

“I acted at all times in good faith.  “Nevertheless, I acknowledge that my actions have caused embarrassment for which I express sincere regret.”

Sands said the he believes that his continued presence on the Cabinet may serve as a “distraction” from the government’s effort to manage the spread of the virus in the country.

“Hence I offer my resignation from your Cabinet”, he said.  “I thank you for the opportunity to serve our great country.”

In the meantime, the government is making arrangements for the return of hundreds of Bahamians stuck overseas. Minnis advised that all have to be tested for COVID-19 prior to returning, unless otherwise approved to have the test administered upon arrival. They will also be placed in mandatory quarantine at a government facility or at home.