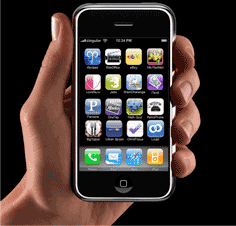 By Lisa Simpson: Information about the nutrient value and mercury concentrations in fish is now available via a mobile phone application.

BeneFISHiary targets all residents wanting to know more about local and imported species, but it is particularly aimed at empowering pregnant women, nursing women and children, who are more susceptible to high levels of the neurotoxin.

“Not all fish are high in mercury, and the smaller fish species are beneficial for pregnant women to eat because of certain nutrients,” said Gloria Burgess, the Department of Health’s family planning and maternal health coordinator.

“The phone app is a way of empowering pregnant women and partners in choosing the healthier fish to eat by allowing them to research for themselves fish common to Bermuda waters.”

According to Cheryl Peek-Ball, the chief medical officer at the Ministry of Health, Seniors and Environment, the app was developed to make scientific information about fish species easily accessible to women and anyone eating fish.

“It’s another opportunity for people to make some good, healthy choices based on scientific information,” she said.

The app, designed by Canadian firm Huactive, is the result of collaborations between the departments of Health and Conservation Services, local obstetricians and the Laval University in Canada.

Dr Peek-Ball said: “It has been Bermudianised in the sense that a lot of our local fish appear on the app, but it will probably continue to grow.”

“The big message here is that there is something you can do as a pregnant woman to safeguard the nervous system development of your baby as it relates to mercury and fish, and that you can still get the nutritional benefit of the fish if you’re just informed about what you’re eating.”

According to Dr Peek-Ball, mercury can have negative effects on brain development when it accumulates in excessive levels. This can lead to poor nervous system development, which manifests as attention problems, memory problems, balance problems, coordination issues and a lower IQ.

“The risk is pretty slim for most people unless you are eating extreme amounts,” she said.

“Fish is healthy and has definite significant benefit nutritionally, but certain parts of the population have to be careful of certain types of fish.

“The most vulnerable population would be people who have brain development happening, but that is not to say that there is no harm of large amounts of mercury in adulthood because you probably could overdo it.”

The app shows the mercury, selenium and omega-3 fatty acid content of local and imported fish, as well as the sustainability of the species.

The local data is based on a study of 307 specimens of 43 species and the app launch is the culmination of more than a decade of research.

A study conducted in 2003 by the late Dr Éric Dewailly, of Laval University, the Atlantis Mobile Laboratory, the Bermuda Biological Station for Research, the departments of Health and Conservation Services, and King Edward VII Memorial Hospital, measured mercury levels in cord blood. It showed that 60 per cent of pregnant women had high mercury concentrations attributed directly to local fish consumption. A campaign was started to raise awareness about mercury and a re-evaluation in 2010 showed a dramatic drop in the neurotoxin concentrations in pregnant women.

Ms Burgess said a follow-up nutrition study survey designed by Dr Catherine Pirkle in 2013 showed that about “95 per cent of women had heard or read something about the mercury in fish”.

“Most of that information was avoiding or highlighting the risk of that fish, but not necessarily the benefits of eating the small fish,” she said.

“The messaging was that a lot of people were confused about which fish they should avoid and which not to avoid.”

Ms Burgess said a lot of pregnant women therefore stopped eating fish completely. Public health nutritionist Cymone Hollis said: “That’s not something we want people to do, to eliminate eating fish all together.

“We want them to have the information so they can make better choices and stay away from those that are excessively high. The larger predator fish are the ones you want to be avoiding.”

•BeneFISHiary is available online at www.benefishiary.com and in the Android App Store. It is expected to hit the iOS App Store soon.(The Royal Gazette)