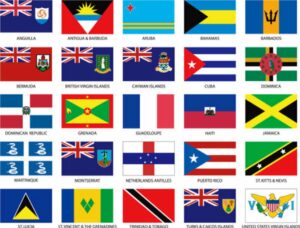 Caribbean experts assessed the coronavirus’s impact on the region in a webinar on Nov. 19 hosted by the University of Miami Institute for Advanced Study of the Americas.

Owing in part to its geographic terrain, the Caribbean has fared relatively well from a health standpoint in managing the COVID-19 virus, yet the region has suffered economic devastation due to its historic dependence on trade and tourism, according to experts from the University of the West Indies (UWI), one of 14 member colleges of the Hemispheric University Consortium.

Felicia Knaul, director of the University of Miami Institute for Advanced Study of the Americas, economist, and public health expert, moderated a virtual conversation together with three UWI representatives: Sandeep B. Maharaj, associate dean of distance education, projects, and planning; Jan Yves Remy, an international trade lawyer and deputy director of the Shridath Ramphal Centre; and Clive Landis, pro vice chancellor for undergraduate studies and chair of the UWI COVID-19 Task Force.

Landis noted that the region has been developing its viral laboratories and improving testing systems in recent years and moved quickly to exploit its natural advantage—that many countries and territories are island nations—to limit spread.

“Testing, contact tracing, and isolation really work—and our testing capacity has been our backbone,” Landis said. “Some countries closed their borders before one death and some closed before one case; we were able to make use of the fact that we’re an island archipelago and get on top of this first wave.”

The improved testing capacity owes in large part to the creation of the Caribbean Public Health Agency (CARPHA), which combined five regional health institutes into one entity that has been serving 24 Caribbean countries and territories since January 2013.

He noted that, despite the virus’s devastation, a number of successes have resulted—migrant populations in Trinidad and elsewhere are now starting to be served by the health system, the health system mobilized quickly and repurposed its workforce, and technology for telemedicine expanded.

“These shifts offer immense opportunity to change the Caribbean positively, but we must be able to continue to be innovative and creative as we move ahead,” Maharaj said.

Remy highlighted that pre-existing challenges, such as the dependence on trade and foreign investment, particularly with the United States, and the fact that many Caribbean countries are debtor nations have exacerbated the economic hardship.

The implementation of the U.S. Defense Production Act in early April prompted a blockage of needed personal protection equipment and other medical supplies from the United States, she said.

“The pandemic paralyzed the region’s export sectors, the tourism sector is decimated, and 50 percent of the workforce continues to struggle,” she said, noting that, unlike the United States, regional governments can offer little or no stimulus support to individuals.

Still, Remy said there is reason for optimism.

“The nascent tech community showed creative solutions, especially for local banks, and lots of companies are moving their brick-and-mortar stores online—these are new opportunities,” she said, also mentioning that the local rum industry repurposed alcohol to be used as much needed hand sanitizer.

“We’ve seen some great ideas, but we have to find ways to reclaim our industrial policy, better leverage trade agreements, and develop local capacity for food and medical responses,” Remy said. “We have to think about new economies to take our economies out of chronic debt and create viable new sectors.”

Remy emphasized that the government cannot do this alone and said she was encouraged by actions from Huawei, the Chinese firm that has invested in the UWI innovation lab.

Both Landis and Knaul recognized the role that Barbados played in serving as an isolation center to help 11 cruise ships repatriate their COVID-19-infected crews.

“The fact that a small island nation did a global public good is something the world needs to hear about,” Knaul said, noting that the ships utilized the hospital systems that are part of the UWI.

“So, this is a global debt to the Caribbean and to the UWI. It’s another reason why we might think about debt relief for the region,” Knaul said.