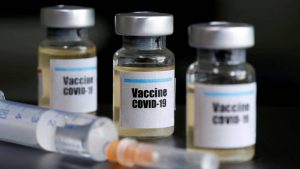 HAVANA, Cuba – Cuban President Miguel Diaz-Canel says that local scientists at the BioCubaFarma Research Center are working towards developing a vaccine against COVID-19.

On Twitter, the Cuban president wrote that some researchers and scientists are progressing in the search for a vaccine to halt the spread of the virus.

“… I’m pretty sure they will succeed,’ Diaz-Canel said.

The news comes just two days after Russia claimed it had approved the world’s first COVID-19 vaccine. The nation’s Ministry of Health issued what’s called a registration certificate for a vaccine candidate that has been tested in just 76 people. The certificate allows the vaccine, developed by the Gamaleya Research Institute of Epidemiology and Microbiology in Moscow, to be given to “a small number of citizens from vulnerable groups,” including medical staff and the elderly.

But while the certificate stipulates that the vaccine cannot be used widely until 1 January 2021, scientists around the world immediately denounced the certification as premature and inappropriate.

In the meantime, the director of BioCubaFarma in Cuba, Eduardo Martinez, said that “obtaining an effective vaccine against Covid-19 is a top priority for our entire science and innovation system at BioCubaFarma. We have seen today how Carlos J. Finlay Research Institute is quickly and firmly progressing in this project.”

Martinez also said they will fulfill each step required for a project of this kind.

Cuba has been experiencing an outbreak since the end of July, which led to tighten social isolation measures in Havana and Artemisa provinces.

On Wednesday, the health ministry reported 35 new positive cases of COVID-19, bringing the tally in the Spanish speaking Caribbean island to 3,128.