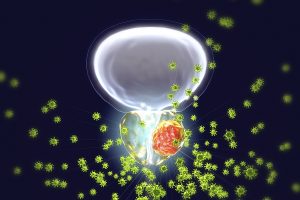 Delaying radiation therapy due to the COVID-19 pandemic may make little difference in mortality outcomes for patients with prostate cancer.

Researchers at Brigham and Women’s Hospital found that conducting radiation therapy at a different time than originally planned was unlikely to affect survival for men with unfavorable intermediate-risk or high-risk localized prostate cancer, and allowed them to stay home and minimize their exposure to COVID-19, while continuing to receive hormone therapy.

“Using a large database of patients with prostate cancer, we validated that the timing of starting radiation could be flexible,” said Dr. Vinayak Muralidhar, a resident in the department of radiation oncology at Brigham and Women’s Hospital, in a statement. “Our data suggests that patients can wait for COVID-19 cases to go down before starting radiation. Or, if there’s a chance a surge is coming, they could consider undergoing radiation a little earlier than planned and complete it before the surge arrives.”

Radiation therapy is often administered to patients with localized prostate cancer in conjunction with 6-to-36 months of androgen deprivation therapy (hormone therapy). It often starts after two months of hormone therapy, in accordance with findings made in preclinical trials. Two of these trials, however, found within a small window that starting radiation at this exact time did not affect outcomes.

The investigators tested these findings in a trial of their own, using a cohort of more than 63,000 cases of localized prostate cancer from the National Cancer Database that were diagnosed between 2004 and 2014. They recognized that this type of data set could reveal unmeasured differences between patients that were not accounted for but explained the findings.

The cases were separated into four groups based on when radiation started relative to hormone therapy. Among patients with unfavorable intermediate-risk PC, those who started radiation treatment in a period of 0 to 60 days before hormone therapy had a 10-year survival outcome of 59.2%, while those that started one to 60 days after had one of 57.9%. Patients who started 61 to 120 days after had a 62.3% rate; and those who began radiation treatment 121 to 180 days after had one of 58.9%. Deaths recorded for this group were 4220 in total.

“Our hope is that our study helps patients and providers make decisions about the timing of treatment,” said Edward Christopher Dee, a fourth-year student at Harvard Medical School who was the first author of the study. “These decisions may allow patients to decrease their risk of exposure to COVID-19. Our findings may also provide reassurance to patients and providers who choose to delay treatment.”

The researchers say their work can also be used in the future to assess how delaying radiation impacts survival for other types of cancer.

Funding was provided by the National Cancer Institute.