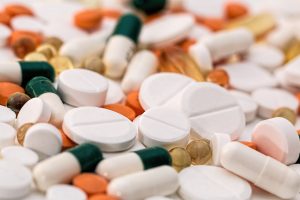 Developing countries with small to medium-sized economies pay far more money for less effective drugs, according to a new report released by the Washington-based Center for Global Development (CGD) shows that generic drugs, like omeprazole (used to treat heartburn), can cost 20-30 times more in low and middle-income countries than in high-income countries. Also, in countries such as Zambia, Senegal and Tunisia, everyday drugs like paracetamol can cost up to 30 times more than in the UK and USA.  Poorer countries, tend to buy the most expensive medicines, rather than cheaper generic pharmaceuticals which make up 85% of the market in the UK and US.

According to the report, low- to middle-income countries “have little ability to negotiate prices down and quality assure products” and there are lots of mark-ups, often due to taxes and corruption. There is often less stringent regulations in place which results in poorer quality of the drugs being sold in the marketplace. Consumers in these countries have the misperception that generic drugs don’t work, and so will pay extra for brand drugs that they think will work. Interestingly, the very poorest countries are not affected when foreign donors (NGOs’) purchase medicine on their behalf, resulting with their over-the-counter medicines remain at low cost.  However, in richer countries, thanks to public funding and strong regulations for purchasing drugs, are able to procure cheaper medicines.

The report recommends greater global co-operation and reforming of World Health Organisation (WHO) policy as well as policy in targeted countries to improve procurement practices.