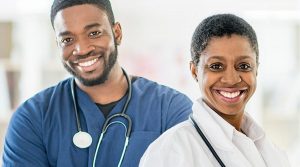 The governments of Kenya and Barbados have signed a cooperation agreement that will see the countries establish higher education ties among other benefits. As part of the agreement signed by Kenyan president Uhuru Kenyatta and Barbados prime minister Mia Mottley,  the University of the West Indies (UWI), will enter into student and faculty exchanges and other similar joint initiatives with Kenya’s University of Nairobi and Kenyatta University.  The African internships are being proposed as a solution to the limitation on the numbers of interns who can be accommodated at the Queen Elizabeth (public) Hospital (QEH), which began as a teaching hospital in 1967. The QEH currently limits its annual intake of interns from the UWI Faculty of Medicine to 70.

Under the agreement signed earlier in August, Kenya which in the past used doctors from Cuba, will have medical students trained in Barbados, and in exchange, their Barbadian compatriots will visit Kenya for internship opportunities. The Barbados Minister of Health Lieutenant Colonel Jeffrey Bostic disclosed that “Kenya has a shortage of doctors rather than nurses, we will see whether Kenyan doctors can come and enroll at UWI and for doctors from Barbados and ultimately the Caribbean region to work in Kenya.” Noting that Barbados has a high literacy rate compared to Kenya, President Kenyatta stated that education presents a potential area for the two countries to further collaborate through sharing of experiences and expertise.

In what could be a new era of closer Africa-Caribbean education cooperation, areas of exchange will include training and application in Information and Communications Technology, which Kenya had made significant progress in recent years.

Already the UWI has ties with Nigeria’s University of Lagos’ Institute of African and Diaspora Studies, and the Institute for Global African Affairs with the University of Johannesburg-South Africa.  Additional details will be disclosed following discussions between Barbados and its Caribbean partner states and Kenya later in the year, when a Joint Commission for Cooperation is established, according to Kenya’s foreign affairs minister Monica Juma.

It was agreed that Caribbean states including Jamaica, Kenya will attempt to establish direct air transport links between the two regions to facilitate easier movement of faculty and students and thereby making education ties possible.