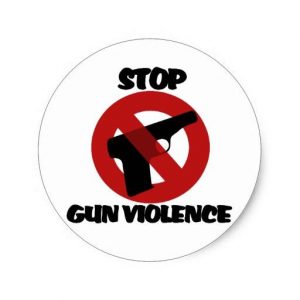 The gun violence crisis is not restricted to the United States which leads the developed world for mass shootings as recently last week in Virginia Beach and in 2018 at the Marjory Stoneman Douglas High School in Florida.  However it is rare that mass shootings occur internationally and when it does occur it is usually related to terrorism as the cases in New Zealand and Bangladesh. Gun violence is a man made public health problem, and it is linked to an underlying set of social determinants found in other epidemics. Long term public disinvestment in education, housing, job training, and a lack of a social safety net, persistent structural racism and discrimination, lack of economic opportunity, poverty and gang violence are some of the factors that drive gun violence epidemic.

In 2016, more than 250,000 people worldwide died as a result of firearms, and half of all of those deaths came from six nations, Brazil, the United States, Mexico, Venezuela, Colombia and Guatemala; which according to a study published in the journal JAMA these countries hold less than 10 percent of the world’s population. A major side effect of this crisis has been the mass migration of people fleeing from countries (Ecuador, El Salvador, Guatemala, Venezuela), that have major gun violence problems into adjacent countries like Colombia, Mexico and the United States creating more social and political upheaval.

Now it’s time to consider practical and effective ways to stem the gun violence epidemic that conceivably one day in the future there could be a world without guns.