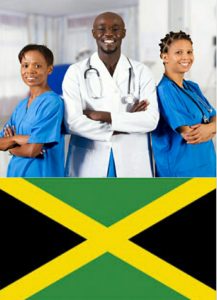 Approximately 50 doctors who studied overseas and have returned to the island to practise have been left in limbo, after learning that the mandatory orientation process set aside for them has been delayed “until further notice”.

The medical practitioners, several of whom studied in Russia and China, have been left in the cold as the Ministry of Health and Wellness (MOHW) has indicated that “the placement of orientation officers has been severely delayed by many factors and after much consideration, the ministry has decided to postpone orientation until further notice”.

One of the doctors, who volunteered to speak on behalf of her peers, contacted the Jamaica Observer, to register their grouse having studied for “six long years” overseas.

The doctor requested anonymity for fear of being victimised.

The Permanent Secretary Dunstan Bryan told the Observer that he would look into the matter, though 120 doctors were employed at the beginning of the month.

According to the doctor, the majority of medics from the group opted to study overseas because they could not afford the J$3 million per year fee being charged by The University of the West Indies (UWI).

She said as a result, upon returning to the island they are required to go through a four-month orientation period of clinical clerkship before embarking on a one-year internship programme.

This was confirmed in an e-mail sent to the medics two weeks ago, which noted that because of their lack of experience in a Jamaican hospital orientation was necessary.

The period runs from September to December and is followed by the formal locum internship which would typically begin in January.

Medical students who study at The UWI, however, begin internship in July immediately after their graduation.

“We are not trying to bash the Government or cause any trouble. We just need some answers. We have studied for so long and to come back and not know what we will do is disappointing. We are looking at sitting at home for up to a year if we don’t get to do this. So we are just seeking some answers. Should we try to seek jobs overseas as the minister has said and contribute to brain drain or should we just sit and not know what’s going on?” the weary doctor questioned.

The doctor said she and several of her colleagues opted to leave their universities a year early to complete the institutions’ mandatory internship programme in Jamaica instead of foreign countries.

As a result, she said some 21 of them completed their schools’ required internship programme at Black River Hospital in St Elizabeth and graduated months ago.

Health and Wellness Minister Dr Christopher Tufton, in April, praised the group, for its effort in the fight against COVID-19.

“I extend my sincere appreciation to the leadership and staff of Black River Hospital, the Southern Regional Health Authority and the 21 finalising medical students who provide firm support to the COVID response at this time,” he said in a tweet.

The doctor said they completed the internship without a stipend.

“Honestly, we’re frustrated. We’re disappointed but we’re hopeful because some of us were doing the fight against COVID before we were official doctors. We were fighting COVID as medical students. So to basically be told thanks for your help but we don’t really have any space for you right now I feel like that’s a kick in our faces.

“We’re ready to work. We want to help. We’ve been helping before becoming doctors officially so overall we’re just disappointed. To complete six years and just be here sitting when we are needed is disappointing. We just need some answers. Where do we go from here?” the doctor said.