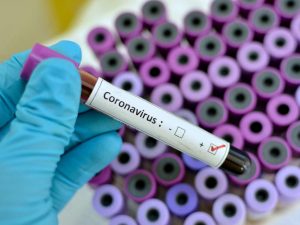 PORT OF SPAIN, Trinidad – The technical director of the Epidemiology Division at the Ministry of Health, Dr Avery Hinds, has warned that Trinidad and Tobago should brace itself for an upsurge in coronavirus (COVID-19) cases given the increased movement of people over the past few days.

“As you have seen there has been a fair amount of gathering and movement in the past few days which we alluded to, we expect will cause an increase in the number of cases,” he told the daily Ministry of Health news briefing on the COVID-19.

Trinidad and Tobago recently held its general elections and there had been complaints during the campaign of people not adhering to the various protocols put in place to prevent the spread of the virus that was first detected in China last December.

In recent days, the twin island Republic has been recording increase cases of the virus and according to the latest figures released here, there are now 308 cases with 161 active cases. There have been eight deaths.

The Ministry said that the eight new cases reported on Wednesday were from samples taken from the period August 4 to the present.

“We are looking at the epidemiological linkage between cases. We have found that there have been several clusters of illness among families, in similar workplaces in members of group activities including outdoor gatherings,” Dr Hinds told reporters.

“.At this point in time we have identified that certain settings are the highest risk for transmission. We said that the home setting sometimes the workplace and definitely those close gatherings in bars and other gathering places, religious organizations, religious gatherings formal and informal, those are in the highest risk scenarios,” he added.

The epidemiologist said that of the 161 current active cases, 64 per cent of these have been epidemiologically identified as belonging to previous clusters.

“We have seen that persons have not recognized some of the usual flus and sore throats etc as actual symptoms of a covid-19 infection because the infections can be quite mild, they can mimic the sinusitis and the asthma and other things that people have as background illness.

“So anybody experiencing flares of those symptoms at this point is encouraged not to dismiss it as I got wet in the rain or its the dust or this is my usual sinus story acting up but to be a little more aware that any symptoms, right now should be treated with a different level of care and suspicion,” he said.

The health official said that persons with more serious symptoms such as fatigue, shortness of breath and tightness in the chest, should not hesitate to seek medical care and stay away from any crowd.

“We are urging anyone if they are ill not to go to school, not to go to work, not to go to any of the other gatherings they would have gone to but to isolate themselves at home from their families as well, following the precautions such as hand washing and staying in your room and not sharing utensils and spaces even within the household.

“If the symptoms are more serious and require medical care, we encourage you not to hesitate to seek that care. So, muscle fatigue, tightness of the chest and shortness of breath, any of those things definitely do not remain at home with those things, definitely go out and seek care. We encourage as many people as possible and we have seen the increase that suggests that the encouragement is being heeded,” he said.