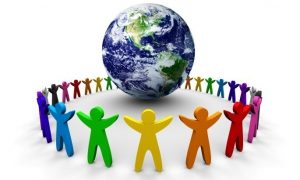 Autism by definition is a developmental disorder of variable severity that is characterized by difficulty in social interaction and communication and by restricted or repetitive patterns of thought and behavior.  Autism is one of the most common chronic conditions affecting youngsters, with one in every 68 children affected. The disorder affects boys more than girls, with one in every 42 boys and one in every 189 girls being born with the condition.   Autism is present from early childhood,  and affects children’s ability to communicate and interact with others, and they might also display behavior that may be considered odd or unusual. Other symptoms of the condition include delayed, absent or unusual speech.  Children with autism also have trouble in understanding what other people think and feel. This makes it very hard for them to express themselves either with words or through gestures, facial expressions, and touch.

Many persons in the Caribbean do not understand what Autism is, and developing Caribbean countries such as Jamaica and Haiti have little or no resources to educate autistic children. In many cases, families have never heard of autism, and are unaware that this is the condition that is affecting their child. Often, the families are from low income, and the household is often headed by a single mother.  Researchers have discovered that based on pure ethnicity, Caribbean people are among the most likely to become autistic.  A recent survey found that 1 in 62 children in Puerto Rico suffer from autism or a related disorder.

The greatest challenge is to eliminate the social stigma and bullying that autistic children often encounter in their communities and schools and to lift the awareness on a national level.  National autism associations exist in five Caribbean countries and territories: Bahamas, Barbados,  Jamaica, Trinidad and Tobago, and Tortola. These associations are mainly funded by private sector and philanthropic support with some organizations receiving small grants from the respective governments. These organizations vary in the scope of services they offer; at minimum, they offer educational information on autism spectrum disorders and support for affected individuals and their families.