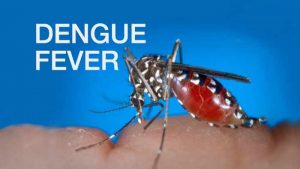 Between November 2019 and September 2020, 20,520 suspected dengue cases have been reported in Martinique, including eight severe cases and 10 deaths. Among these cases, 7,790 cases, including one severe case and seven deaths, were reported in September 2020. Epidemiological information from the 10 deaths indicate a higher mortality rate for women, with a male-to-female ratio of 0.25:1. Four of the deaths were in the 0 to 30-year-old age group, three in the 30- to 44-year-old age group, two in the 45- to 64-year-old age group and one in the above 65-year-old age group. The main comorbidities reported among the fatal cases were arterial hypertension, obesity and sickle cell disease. Dengue virus serotype 3 was identified in most of the cases.

The European Centres for Disease Control and Prevention stated: “European travellers to, and residents in, the affected areas should apply personal protective measures against mosquito bites. The occurrence of further autochthonous cases in the French Antilles is expected, as environmental conditions are favourable for continuous transmission. The concurrent circulation of several dengue serotypes may increase the risk of more severe clinical presentations of the disease.”

Experts predict that a warming climate will lead to a change in the global spread of malaria and tropical diseases, which will alter the travel health risk landscape.