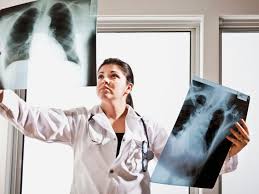 New research indicates that white, non-Hispanic patients are less likely to have a severe form of the illness caused by SARS-CoV-2.

The research, published in the journal Radiology, provides further evidence of the disproportionate effects of issues concerning race and ethnicity on the severity of COVID-19.

The sudden emergence and rapid spread of SARS-CoV-2 could arguably have been a leveler of social difference: In theory, anyone could catch the virus and risk a severe case of COVID-19, which can lead to death.

However, as António Guterres, the secretary-general of the United Nations has noted, “The virus does not discriminate, but its impacts do, exposing deep weaknesses in the delivery of public services and structural inequalities that impede access to them.”

COVID-19 and Structural Racism
One way that these structural inequalities have become apparent is the disproportionate effect of COVID-19 on people who are not white.

The reasons for this are complex and multifaceted, but histories of structural racial discrimination — which, as recent Black Lives Matter demonstrations have sought to highlight, are very much alive in the present — are evidently central to the disparity in treatment and access to services.

These issues became clear to radiologists at the Massachusetts General Hospital (MGH), in Boston, and its associated respiratory clinic during the peak of the first wave of the pandemic.

As Dr. Efren J. Flores, a radiologist at MGH and co-author of the study, pointed out, “It got to the point where half of our patient population admitted with COVID-19 were underrepresented minorities [in our local population].”

First-hand Experience
In addition to noticing that a significant proportion of people presenting with COVID-19 were nonwhite and from less advantaged socioeconomic groups, and Dr. Flores and colleagues found that these patients often had severe COVID-19, as indicated by chest X-rays.

To understand this in more detail, the practitioners analyzed data from 326 patients with COVID-19 who were hospitalized between March 27 and April 10, 2020.

After examining the chest X-rays, it became clear that people who were not white were more likely to have severe cases of COVID-19, as indicated by the X-ray.

Studies have shown that chest X-rays can help predict the severity of COVID-19. This was confirmed in the present research: The authors found that patients with severe cases of the disease as indicated by X-ray — who were disproportionally nonwhite and from less advantaged socioeconomic groups — were more likely to need access to intensive care and ventilation. They were also more likely to die from the disease.

A Range of Underlying Factors
After analyzing more information about the backgrounds of the patients, the study’s authors found that limited English proficiency was clearly correlated with the severity of COVID-19.

For example, the authors pointed out that people who are Black, Hispanic, or of other racial or ethnic minorities are more likely to have insecure, low-wage jobs, such as those in the service industry, with limited sick leave or health insurance. For people with these jobs, working from home can be difficult or impossible.

As Dr. Flores notes, “Many of these patients delay their care because they’re considered essential workers, and they don’t have a lot of sick leave, but also it’s difficult for them to leave because they are living on a weekly paycheck and have other dependents.”

“It wasn’t uncommon for us to go into the medical record when we were interpreting their exams and see that many of them worked at grocery stores or warehouses.”

Finally, ongoing, repeated experiences of institutional racism can foster distrust of the medical system, which can cause people to avoid seeking care until their symptoms become more severe.

All of these factors also contribute to the disproportionate burden of underlying health conditions that nonwhite people with fewer socioeconomic advantages already experience — and these underlying issues can exacerbate the severity of COVID-19.

“Health equity is every medical specialty’s responsibility, but I believe radiology is uniquely positioned to take a bigger role, not only in population health but in public health efforts,” Dr. Flores said.

“Our ability to provide care in different settings is what allowed us to make the clinical observation that patients coming to this one particular clinic and those being admitted to the hospital were presenting with a higher rate of positive findings that were also more severe. That really offered a window into the disparities that were translating into greater disease severity and worse outcomes.”

Dr. Flores hopes that the study’s findings will help contribute to more effective screening, to better identify the patients with the most risk.

More generally, the study makes clear that people’s health is intimately connected with broader forms of discrimination and that resolving inequity can, therefore, be key to improving health.