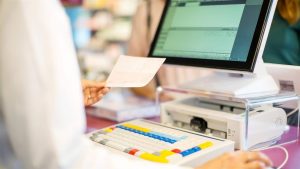 Despite a decade of efforts to improve the performance of electronic health record (EHR) systems, clinicians’ use of some functions still frequently result in errors that can put patients at risk of unnecessary harm, according to a study recently published in the Journal of the American Medical Association.

In particular, the researchers highlighted continued weaknesses in crucial functions, such as the mechanisms intended to flag possible errors in medication orders. The systems may fail to detect such errors as much as a third of the time, according to the study.

Overall, the clinical decision support (CDS) tools incorporated in EHR systems to limit medication errors performed better over the decade examined. Still, the study found room for improvement in how these systems are designed as well as in their customization and installation in hospitals and doctors’ offices.

The researchers—including experts from Brigham and Women’s Hospital, the University of Utah School of Medicine, and Harvard Business School—examined data from more than 2,300 hospitals from 2009 through 2018. Each hospital used a nationally recognized test from the Leapfrog Group—a nonprofit organization founded by large employers and health care purchasers to improve care quality—to assess whether clinicians can correctly and safely enter drug orders for patients in the EHRs implemented at their facilities.

Some basic clinical support decision tools—functions installed with early EHRs such as drug allergy and drug-drug interaction alerts—consistently performed well. On the other hand, some more advanced functions, such as warnings about maximum doses and necessary adjustments for drug doses to account for reduced kidney function, failed to catch errors at least half the time.

In addition, not all systems performed equally well; one vendor’s tools, for example, caught errors around 67% of the time, while two others did so less than 55% of the time. This vendor-by-vendor variation showcases that, despite differences in how a single product may be implemented in different health care settings, data gathered from technologies currently in use can provide insights on the capabilities and drawbacks of each system.

The results of this study and other research highlight that some safety issues with EHRs may be less widespread now than a decade ago, but they still haven’t been resolved. Monitoring the performance of these systems, using the Leapfrog Group test and similar tools, can help unearth such problems. That in turn can help vendors and hospitals identify industry-wide challenges and focus on the most pressing issues.

To that end, vendors should be adopting more best practices to detect errors early, such as including doctors, nurses, and other end users in any usability testing, and focusing on the most frequent ways these systems affect patient safety. The Office of the National Coordinator for Health Information Technology, the federal agency that oversees EHRs, is instituting an EHR reporting program that can help guide adoption of these practices and will publish the data from that testing. This information, in turn, can provide additional data to compare functionality and safety across different systems.

The Joint Commission, the organization that accredits 80% of hospitals in the United States, also could advance adoption of EHR safety-focused best practices in health care facilities through its programs. Among other steps, it could require hospitals to have processes in place for observing the frequency with which clinicians override EHR alerts—such as for drug interactions—to understand whether the alerts work as intended. The Centers for Medicare & Medicaid Services can take similar steps through its policies for making payments to hospitals.

EHRs have helped transform health care delivery, but this study highlights that more attention is needed from developers, hospitals, and policymakers to ensure that health IT reaches its full potential to improve patient safety. The federal government and the Joint Commission should act to spur additional changes to resolve the EHR safety challenges that continue to put patients at risk.