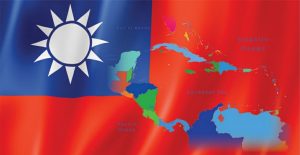 Taiwan’s aid in the COVID-19 fight could be its best chance at keeping its remaining diplomatic allies.

As leaders in Beijing and Washington squandered precious early weeks of the COVID-19 pandemic pointing fingers and abdicating responsibility, Taiwan prepared. The small island-nation less than 150 miles off the coast of mainland China appeared to be ripe kindling for a COVID-19 wildfire to take hold. Yet while nations and cities around the world shuttered and economies screeched to a halt, Taiwan has been a model for effective pandemic response, with only six deaths from the new coronavirus thus far.

For decades, Taipei has argued unsuccessfully that disease has no respect for borders or political disputes and that its exclusion from the World Health Organization (WHO) comes to the detriment of global health. Its COVID-19 response bolstered the claim and members of the international community, including the United States, are speaking up in favor of Taipei being granted observer status. Such a decision would rile Beijing, which considers the self-governed island a rightful part of its territory, but would do little to reverse the cascade of diplomatic losses Taiwan has suffered in recent years.

The success of Taiwan’s medical diplomacy during the COVID-19 outbreak has much starker implications for the self-governing democratic nation. As Beijing cracks down on Hong Kong protests and makes more brazen territorial claims in the South China Sea, diplomatic recognition is critical to Taiwan’s maintenance of de facto sovereignty. In the Latin America-Caribbean (LAC) region, home to nine of the 15 countries that officially recognize Taiwan, Beijing has used Belt and Road Initiative (BRI) dollars as a carrot and stick to gain a foothold in America’s backyard. However, the COVID-19 crisis has provided an opening for Taipei to push back against Beijing and shore up existing alliances in the region in what might be Taiwan’s final stand

Taiwan has turned its successful COVID-19 response into a global campaign. Boxes proudly stamped with “Made in Taiwan” have sent millions of masks around the world to Italy, the United States, and Canada, while leading Taiwanese scientists have offered up their pandemic playbook remotely to the world. The message coming from President Tsai Ing-wen and her government is clear: Taiwan can help; if only more would listen. Taiwan’s shining moment is unlikely to persuade any country to risk violating Beijing’s “One China policy,” though, and too much chatter about Taiwan’s status could come at a steep price, with Beijing poaching another of its allies.

Since Tsai took office in 2016, Beijing has taken seven of Taiwan’s allies, including three from the LAC region – Panama, the Dominican Republic, and El Salvador. Tsai has made Taiwan’s remaining allies in the LAC region a focal part of her foreign policy. She regularly visits nations like Haiti, St. Lucia, and St. Nevis and Kitts — making a convenient stopover to the United States — and Taiwan’s International Cooperation and Development Fund (ICDF) is lending money to improve sectors like agriculture, energy, and technology. On the ground, Taiwan is much better able to compete with Beijing in small nations where massive infrastructure projects are less needed. The Trump administration’s hard line against China has argued that cozying to Beijing has hidden costs, but much of the region — including Taiwan’s recent allies the Dominican Republic and Panama — has signed onto the BRI.

However, more than loyalty or geopolitics, the COVID-19 crisis has made a more forceful case for the value of retaining relations with Taiwan. Many LAC countries are uniquely susceptible to a pandemic. The region depends heavily on a tourist industry that is at a standstill, and many countries suffer from underdeveloped health systems. Taipei has worked hard to show its allies it can help, dispatching aid, advice, and precious personal protective equipment (PPE) to help prepare.

Through its “Regional Emergency Fund against COVID-19 Pandemic,” Taipei has donated $2 million and tens of thousands of masks to Belize to fill the gaps in badly needed medical equipment. In Saint Lucia, Taiwan has “again come in their time of need” and donated 40,000 face masks, six thermal imaging body temperature detection systems, and forehead thermometers. When the equipment was handed off to Prime Minister Allen Chastenet, Taiwan’s ambassador called St. Lucia “one of Taiwan’s most important allies in the world.” In St. Vincent and Grenadines, Taiwan provided 40,000 face masks and thermal imaging devices. In late March, Taiwan sent 180,000 face masks, food, and costly X-ray and ultrasound machinery to Guatemala.

However, in the face of a global recession, Taiwan’s allies in the region — particularly Haiti — may look to Beijing. In September 2019, still months before news broke of the initial coronavirus outbreak in Wuhan, Beijing took the time to make a public overture to Haiti. The head of China’s commercial office in Haiti told the nation’s largest newspaper, Le Nouvestille, that China could provide “free assistance, interest free loans, and concessional loans,” in improving Haiti’s infrastructure if they would uphold the One China principle. China’s attention to Haiti — coupled with a recent diplomatic disagreement that sent Taiwan’s ambassador home — seemed to be eroding the long partnership. But Taiwan has helped Haiti in crisis before — notably during a 2010 cataclysmic earthquake and cholera outbreak — and has an opportunity to strengthen ties again.

In 2018, the Dominican Republic split with Taiwan after a 70-year relationship. Since then, Haiti has watched as its island-mate was rewarded with a litany of new cooperation agreements related to agriculture, tourism, and more. Taiwan promptly responded with a $150 million loan package for Haiti’s infrastructure and Tsai has since visited to affirm Taiwan’s commitments.

So far Haiti has had a rare bout of good news and there are less than 100 COVID-19 cases nationwide. But rampant poverty and a woefully unprepared health system require immediate international aid. In March, Haiti’s Health Ministry estimated they would need between $30 to 35 million to respond to COVID-19 and in a worst case scenario, the country could face 432,000 hospitalizations. Last month, the French Hospital of Haiti closed its doors after 100 years, citing a lack of equipment or medical gear to contain a highly contagious illness. Furthermore, according to some sources, the country has less than 60 ventilators nationwide for a population of 11 million.

With international organizations like WHO stretched thin, Taiwan has looked to fill the gaps in Haiti’s preparation. On April 17, Haitian President Jovenel Moïse visited Taiwan’s embassy to discuss strengthening relations in response to COVID-19. Taiwan responded by dispatching 1,000 tons of rice, seven thermal cameras, new ambulances, and over 280,000 face masks. Beyond just material aid, Taiwan has offered its advice; helping set up widespread sanitation and disinfectant campaigns in Haiti’s most densely populated areas while offering videoconferencing lessons from its best hospitals and doctors.

Moïse’s political viability in Haiti is insecure and the Taiwan-China issue has become a political football for many of Taiwan’s remaining allies. Beijing could counter Taiwan being granted WHO observer status by offering Haiti a lucrative infrastructure package, putting Moïse in an increasingly difficult position at home. However, Taiwan’s ability to shine on a global stage and help on-the-fence allies will be critical to keep its democracy and sovereignty strong.